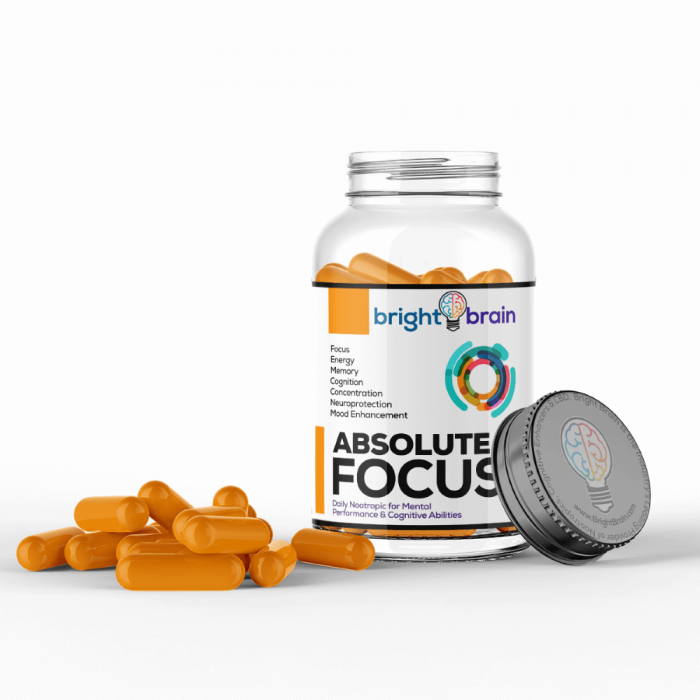 Frequently referred to as the "smart pill" or "limitless pill" due to its incredible results and industry-leading performance.

You will earn up to 37 points for purchasing this product.

Designed to be taken regularly by those who want a mental edge to keep them sharp, focused and productive. It is like giving your brain another gear to deal with complex tasks, mental speed in response to stimuli, recall, and problem-solving. Whether you are at work, a social gathering, working out, studying, researching or testing, this will give you that special x-factor to perform at your best.

Bright Brain’s development process for Absolute Focus is unique and not only dedicated to effective ingredients. We research how they combine, interact, and work together to get delivered to your body and brain for the most successful results possible.

When you take Absolute Focus from Bright Brain, it promotes: 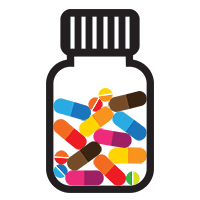 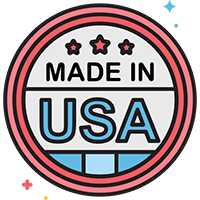 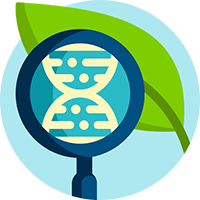 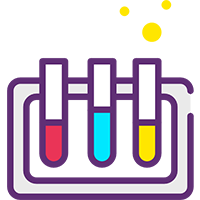 (More Information on the Ingredients Tab Above) 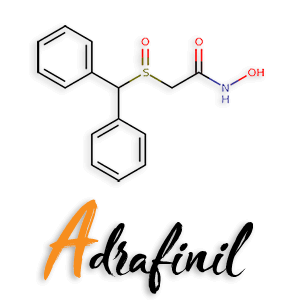 Adrafinil metabolizes within the body into Modafinil, the most popular and widely known nootropic around. As it is processed through your bloodstream, it increases the production of neurotransmitters called hypocretin, while increasing levels of dopamine, serotonin, norepinephrine, histamine, and glutamate. 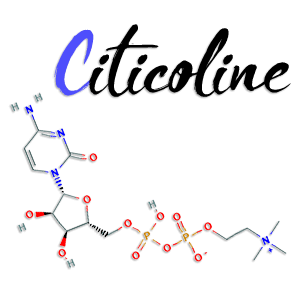 Citicoline is an acetylcholine precursor, which one of the most important neurotransmitters released by motor neurons of the nervous system. Citicoline exhibits neuroprotective properties and assists in the transport of dopamine in the body to work with the other ingredients of Absolute Focus to perform better and increase it’s targeted effects. 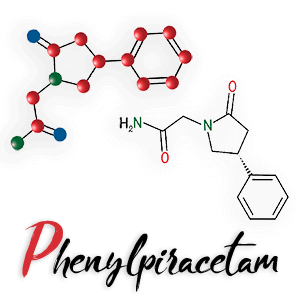 Phenylpiracetam is an improved version of Piracetam which is 10x stronger and much more effective. It enhances the body’s ability to absorb fats, lipids, and oils in the body to help increase the production of neurotransmitters and glutamate for dopamine retention. This is key to increased motivation, stamina, energy, memory and attention while boosting performance, reducing headache risks and improved neuroprotection. 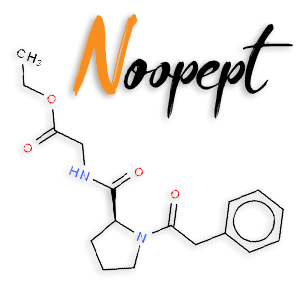 Please note all information is provided as a reference only, with citations, for individual ingredients only and not the complete Bright Brain product listed here. Per FDA requirements, Bright Brain makes no health claims regarding its products. They are not intended to diagnose, treat, cure, or prevent any disease.

Adrafinil is a wakefulness-promoting ingredient that has impressive nootropic properties. Used responsibly, it may be an effective tool for supporting lengthy mentally demanding tasks and improved cognition over time. It can increase energy, prevent fatigue and enhance focus without causing anxiety or other side effects that are typically associated with stimulants.[1]

It may also improve mood, focus, and learning ability,‍[2]‍[3] and may even help keep your brain healthy.‍[4]

Adrafinil is a prodrug (A biologically inactive compound which can be metabolized in the body to produce a drug.), a biologically inactive compound that is converted to an active drug inside the body. When Adrafinil is metabolized, it is converted to modafinil, a stimulant that increases wakefulness without increasing anxiety and hyperactivity that is typical of amphetamine stimulants.‍[5]‍[6]

Noopept is a powerful, fast-acting nootropic that's an efficient brain booster and a potent neuroprotectant. It's similar in structure to Piracetam but up to 1,000 times more potent and even absorbed more rapidly.[1]

Its effects and mechanisms of action are similar to those of piracetam, but Noopept has a different chemical structure and is not technically a racetam.

Like piracetam, Noopept enhances cognition, provides significant neuroprotection, and has both stimulant and anti-anxiety properties. Noopept also appears to work faster and last longer than piracetam,‍[2] and may have fewer undesirable psychostimulatory effects.‍[3]

Noopept is metabolized in the liver, rapidly absorbed by the digestive system, and readily crosses the blood-brain barrier.‍[4] Noopept acts quickly once it is in the bloodstream, maximizing concentration after just 15 to 20 minutes.‍[5]

Phenylpiracetam is a powerful racetam nootropic that was originally used by cosmonauts for long space missions. It's a stimulant that may also improve mood, memory, cognition, and even athletic performance. As a synthetic stimulant nootropic, studies have shown that it may enhance memory, cognition, mood, and physical function.‍[1]

Phenylpiracetam’s chemical structure is the same as piracetam, with an additional phenyl group attached. The phenyl group increases phenylpiracetam’s ability to dissolve in fats, oils, and lipids, which in turn may enhance its absorption within the body.‍[2] This property may explain why phenylpiracetam is more potent than piracetam and how it crosses the blood-brain barrier more readily and efficiently.

Though human research on phenylpiracetam is limited, it has been shown to help restore neurological functions and daily living activities to post-stroke patients,‍[3] and improve depression, anxiety, and cognitive function in patients with organic brain lesions.‍[4]

Citicoline is a powerful nootropic supplement best known for its potential to enhance memory and protect the brain against memory loss.‍[1]

Enhanced memory is only part of the Citicoline picture; it has also been shown to heighten focus, increase mental energy, improve reaction time, and provide better clarity of thought.‍[2] Recent studies indicate that in addition to boosting many aspects of cognition, Citicoline may also be a useful treatment for a host of medical problems including head injuries,‍[3] stroke,‍[4] age-related neurodegenerative diseases,‍[5] glaucoma,‍[6] and even drug dependency.‍[7]

For nootropic users, one of the most interesting aspects of Citicolineis its ability to amplify and enhance the effects of other nootropic supplements. As a cholinergic precursor that helps increase acetylcholine levels in the brain,‍[8] Citicoline works synergistically with racetam class nootropics, significantly potentiating the effects of memory boosters such as piracetam and pramiracetam while preventing the minor but annoying headaches that are common side effects associated with racetam supplementation.

Citicoline is a phospholipid that is hydrolyzed in the intestines and rapidly absorbed. On absorption, Citicoline (Also known as CDP choline) splits into choline and cytidine and is resynthesized in the liver and other tissues. It then disperses throughout the body, crossing the blood-brain barrier and entering the central nervous system.‍[9]

The cytidine is then converted into uridine, a nucleotide base that is crucial to neural membrane synthesis and is believed to enhance cognition. The released choline acts as a cholinergic, increasing levels of choline in the brain.

Write Your Own Review
Only registered users can write reviews. Please Sign in or create an account

Who should take Absolute Focus and why?

Everyone from students to the eldery can take Absolute Focus. From athletes to intellectuals, Absolute Focus offers a daily supplement that can promotes productivity, focus, energy, memory, recall and more.

What is the difference between Absolute Focus and Cram?

Absolute Focus is designed to be taken regularly to keep you focused, sharp and improve your memory over time with use as a daily supplement.

Cram is designed to be taken for very short periods of time for things like exam weeks, projects, presentations, gaming tournaments, or physical activities like tournments. It should not be taken daily like you can with Absolute Focus.

Will this make me jittery?

The ingredients of Absolute Focus are designed to give you a calm focus while maintaining increased energy and increased mental capacity.

Everyone is affected by ingredients differently but when taken as instructed, the vast majority of people will experience no feeling of being jittery.

For a full list of common questions and much more information about Absolute Focus and other Bright Brain nootropics, check out the FAQ by clicking here.

Check with a qualified healthcare professional before using this product if you are under the age of 18 or have ANY pre-existing medical condition or if you are taking any prescription medications.

KEEP OUT OF REACH OF CHILDREN. STORE IN A COOL, DRY PLACE.

For months I tried many nootropics out from different vendors for my team of developers, but in the end, I found that Bright Brain has the best. My team uses Absolute Focus almost daily and their productivity has skyrocketed. I would say its just a coincidence but since we tried other brands, I know it isn't! Cheers Bright Brain!

Michael
Development Manager
Very happy with Bright Brains products, it has allowed me and my pro gaming team to conquer!!! We use Cram for every single tournament. Also, I want to say, thank you for the great support. I wasn't sure what products to try and after a few conversations with their support team, we got the right product and are now kicking more butt than ever! AAA++

David
Professional Gamer
We love Bright Brain's Crash & Reboot! It makes getting a good night to sleep easy. My husband and I both have extremely stressful jobs and find getting a night of good sleep not only hard but almost impossible! Crash and Reboot gives me the best night's sleep I have ever had and also doesn't leave us drowsy or foggy.

Crash And Reboot
$34.99
Compare
Get Help